Latest:
14 Fun Classroom Review Games for Your Projector Unlocking Student Potential with Dr. Don Parker How the realities of low-income girlhood are overlooked in schools and culture How to structure academic math conversations to support English Learners

Faith or faithfulness: Reflecting on the role of spirituality in the mental health of university students

Ronalds shares his experiences of supporting university students as a Mental health Advisor.

It is 2018 and I have just started a job at one of the universities in the UK. The first day was hectic, my brain was overloaded with information, meeting different faces in a short space of time. My emotions were in overdrive with a sprinkle of anxiety. My role as a Mental Health Advisor (MHA) was new at that University therefore I had to start from scratch. I was excited, you see, I am a mental health nurse (best decision I have ever made), this was my first job outside the NHS, and nothing compares to the privilege of engaging with university students. The more I supported students the more rewarding it was.

What does an MHA do to improve the learning experiences for students? Firstly, I had to draw on equality, diversity and inclusion while treating every student as an individual, actively listening to what they said, and what they didn’t. It gave me a holistic insight into the experiences of university students. I quickly learned about what I refer to as ‘reverse assessment’, meaning students were assessing me as I was assessing them, and they chose what to tell me or not to tell. Many worried if any disclosure about mental health could impact their studies negatively. I had to develop a strategy for how to encourage students to share their difficult experiences so that the university could support them better. I revisited the most essential skill of MH nursing ‘establishing rapport’. Good rapport improves chances of a positive outcome, making both the professional and the one seeking support more human. Therefore, my objective was to remove this barrier of hierarchy to establish mutual rapport to encourage students to open up, rather than suffer in silence. Music and sports were great conversation starters amongst many other topics like climate change, world Injustice, even Brexit got a few mentions.

Although they had a lot in common, I noticed an apparent difference between the mental health of students who practised faith or spirituality and those who did not. My curiosity was aroused, was this a coincidence? Does faith or spirituality play a role in the wellbeing of higher education students? Spirituality, faith, religion, and atheism are words that tend to be inflammatory, uncomfortable, sensitive, and often not used in the same sentence BUT, and this is a big BUT I thought it was safe to tackle the elephant in the room. Amongst the students I interacted with, those who reported practising some faith appeared to be more hopeful, positive and flourishing compared to those who were not. They reported praying for each other, worshipping together, studying scriptures, which created a positive support network. I asked students whether they believed there is a power bigger than them, interestingly those who identified as atheists usually said, “lol I don’t know!!!” Others who practised spirituality or faith usually mentioned that their belief in a deity or bigger power had helped them to be patient with themselves and felt loved.  Is it their Faith or Faithfulness that buffers higher education students’ experiences against mental health challenges?  You see Faith is outside of the self, while Faithfulness focuses on the inside of the self. Faithfulness calls for one to be reliable, consistent, or trustworthy and in so doing it becomes a breeding ground for discipline and other positive traits. On the other hand, because Faith is concerned with an external force or object, it becomes the question of how reliable and trustworthy that which they believe in, is. In other words, whether is it the student’s faithfulness to their faith or the power of their faith that gives them a buffer against mental health challenges; either way the outcomes tend to be positive.

Here is what I know, most faiths, religions and spiritual beliefs are underpinned by similar principles; love, compassion and empathy. As nurses, this is our bread and butter. Overall, interacting with students for me remains a privilege and I hope that no matter what they believe in, I will continue to support students. I have learned that showing a student compassion, empathy or treating them with respect can be as effective as medication or any other intervention. A simple act of noticing something new about a student and verbalising it to them, verbalising something nice about them, a “how are you today?” and actually listening to them without interruption. Sometimes students may share something they know they can’t fix but just listening can be very therapeutic. Empathy is like when someone falls into a ditch and you hear them shouting, you then get a ladder and climb down into the ditch just to be with them and listen. 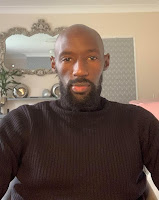 I am a 2nd year PhD student at the University of Huddersfield. I am exploring the role of faith in the mental health of black students at University in the UK. I am also a Mental Health Nurse and Addictions Counsellor and prior to my current job I was working as a University Mental Health Advisor (MHA) for students. I am sharing my experiences while supporting students as a MHA because I think they will find them useful and to help those who find it difficult to seek support.

This article was originally published by Studentmindsblog.co.uk. Read the original article here.
Previous Post For kids grappling with the pandemic’s traumas, art classes can be an oasis
Next Post Dressing for Winter Weather Sequence

Teachers have been using review games in their classrooms for a long time. They’re such a fun, interactive way…