Latest:
14 Fun Classroom Review Games for Your Projector Unlocking Student Potential with Dr. Don Parker How the realities of low-income girlhood are overlooked in schools and culture How to structure academic math conversations to support English Learners 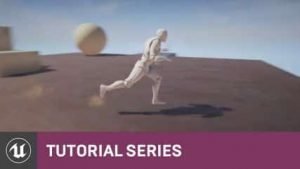 Welcome to Blogging And SEO Series With Flash Isaac Season Two Summary. A Few weeks ago, I concluded season one of my blogging series. You may want to go through the complete season one.

Season two was all about Google’s Algorithm updates and the recent introduction of Google RankBrain as the third most important ranking signal. Without much introduction, below are topics I treated in Season two of the flashlearners blogging series:

An algorithm means a procedure that solves a recurrent problem. This is to say, an algorithm is a set of step-by-step programs or frameworks designed to determine how a system functions. There, Google’s Algorithm update is

What is Google Panda Algorithm Update and who has it helped?” Google’s Panda Update is an algorithm or search filter which was launched by Google in February 2011 and is continually updated. The Google Panda is also called Farmer.

It was an update launched by Google on April 24th, 2012 to respond to spammy link building and spammy usage of anchor texts.

This is usually because some blogs were designed with Desktop users in mind. Such blogs give a bad user experience for those surfing with their mobile.

The hummingbird has so far made Google’s search results better and more satisfactory.

The hummingbird doesn’t really focus on fighting spam like the other algorithms discussed so far. Its focus is to understand search queries and provide the best result on Google.

Google Pigeon refers to an algorithm update for Google’s Local Search search engine, which the company rolled out with the purpose of “providing a more useful and relevant experience for searchers seeking local results,” according to Google.

Google’s Pirate Update is a filter introduced in August 2012 designed to prevent sites with many copyright infringement reports, as filed through Google’s DMCA system, from ranking well in Google’s listings.

Now, when you hear the word “Google RankBrain“, what comes to your mind? Ranking and Thinking right? You are not far from the truth.

This article was originally published by Flashlearners.com. Read the original article here.
Previous Post New Month Wishes For Your Boyfriend [Nov 2022]
Next Post What the research finds on increasing diversity in college admissions

Teachers have been using review games in their classrooms for a long time. They’re such a fun, interactive way…